Huawei Presents You The Slimmest Smart Phone In The World! 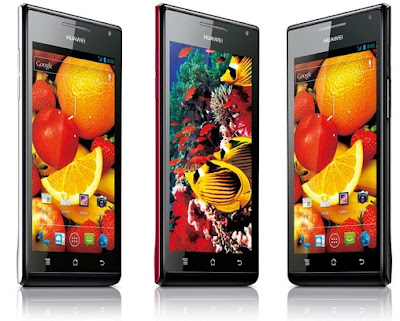 Although it is a Chinese company, Huawei, that has manufactured the slimmest smart phone, it has totally gained its recognition. At first, there was a lot of speculation about would the smart phone be worthy of the money to buy it? And the answer was yes! Huawei has worked day and night to come up in the market and become a worthy opponent and they ended up doing what even Samsung, Apple and Microsoft has never done. At least, they came up with an original idea, unlike Microsoft; which cannot move more than an inch ahead of Apple as we all know that it has nothing to do except scribbling down Apple’s ideas and produce products based on them as their own. They did not just only made a different catchy layout or design but they have tried their best to become recognized and yes, they are an original!

So, the smart phone
In their Ascend series, Huawei just introduced a new phone which they named ‘Ascend P6’. Ascend P6 has a width just over 6 mm. This comes in three colors; black, white and baby pink. So, it can be bought by serious business men to classy girls who would own everything that is pink to match with their wardrobe. The rear camera comes with 8 MP that is equivalent to that of Apple iPhone. The front camera, however, comes with 5 MP that is way more than that of Apple iPhone’s front camera with 2 MP. The phone comes in glass and metal work and used very little plastic, unlike Samsung that majorly constitutes of plastic. At the moment, this smart phone does not support 4G internet but it does work swiftly with 3G connections. Ascend P6 uses Android OS Jelly Bean and it has the best touch screen that can even sense a touch made on the screen wearing gloves.

The competition and recognition
This company has proved that it has got what it takes to beat a large well established brand like Apple and Samsung and it will be doing so with the amazingly, surprising selling price of the phone. That is where it would be able to sweep the customers away from the brands. Providing quality at a cheap rate is a good way to earn you popularity and Huawei is doing that by hoping to win Europeans heart. Huawei knows that it takes more than just shiny covers to make you recognized. Although, Huawei’s products and telecommunication services are widely popular among Chinese people, Huawei is an unknown in western areas where this smart phone will come and they would be introduced to this with an unfamiliar brand name. Even though many of the USA states and UK do not get their material imported from China, it hopes to earn their respect by introducing amazingly good smart phones that would shake the economy of the brands that drains the customers away with their products.

Author Bio:
This article is written by Syed Qasim. He is doing full time job for AmeriCord. AmeriCord is making top quality power cords in USA. They got award in 2012 for making the best quality power cords.
Posted by Albert Barkley at 00:22 No comments: